You Can Do It!

Parkinsons Disease
Parkinsons disease is a disorder that affects nerve cells (neurons) in the part of the brain that controls muscle movement. Nearly one million Americans currently live with Parkinsons and approximately 50,000 more receive a diagnosis of the disease every year.

Parkinson's symptoms develop gradually, typically beginning with trembling in one hand. Advanced stages may include tremor, slowness of voluntary movement, shuffling gait, balance issues, and slurred speech.
Parkinson's disease results from the loss of dopamine-producing cells in the substantia nigra, a small region of the brain. Dopamine is a neurotransmitter, which is released by nerve cells to send signals to other nerve cells.
Dopamine is required to control muscle movement and therefore having lower levels of dopamine is believed to be what causes the most common symptoms of Parkinson's.
Parkinson's is not easily diagnosed because there is no specific test for this disease. At this time, there is no known cure for PD but there are many promising therapies & trials underway that have been able to slow and or stop the progression of PD.
The variety and severity of symptoms vary from patient to patient and most patients do not experience all of the symptoms associated with PD. The progression of symptoms often begins on one side of the body and over time, may progress to the opposite side.
People with Parkinson's experience difficulties transmitting neurological impulses, in some ways similar to a telephone switchboard with some of the lines crossed. Parkinson's symptoms can also be compared to surfing the internet with a slow speed dial up connection including the pauses, delays & occasional disconnects.
Local chapters of the The National Parkinson Foundation can provide information about Parkinsons support groups in your area. Some of the larger local chapters offer organized exercise programs for members of their community. Daily exercise may be as important as medication in treating the symptoms of PD. Strength, flexibility, & mobility can be maintained and improved with daily exercise therapy.
Why Exercise is So Important

Daily exercise therapy is one of the best things that you can do for yourself to counteract the negative effects of PD & other neurological & muscular disorders. A lack of physical activity reduces the amount of oxygen to the brain, contributes to further cell damage, loss of cognitive skills and muscle control.
Exercise brings additional oxygen & glucose to the brain, both of which are crucial to brain function. The body responds by forming new capillaries to bring the additional blood to nerve cells and by boosting brain chemicals that protect neurons and strengthen new neuronal connections. We have learned from stroke victims that the human brain has the ability to create new connections and bypass damaged areas to regain lost motor skills & muscle control. Remarkable results have been achieved, over time, with daily mental & physical exercise therapy. Mental concentration on repetitive physical movements can provide benefits to our muscles as well as our mental ability to control them.
When nerve cells are deprived of stimuli they atrophy, suggesting that stimulation of the central nervous system by physical activity may retard the loss of nerve cells in the brain and elsewhere. Exercise has been shown to enhance blood flow to various parts of the brain as well as to increase the speed with which nerve messages travel through the brain.
In addition to the effects of Parkinsons, most people diagnosed with this disease are over the age of 50 and therefore are also experiencing the normal effects of aging.
According to the American Academy of Orthopaedic Surgeons:
However the good news is, that we now know that most of the changes in our musculoskeletal system that were attributed to normal aging are in fact the result of inactivity and or insufficient physical exercise. The less physical activity and exercise we do the less capable we become.
According to the Mayo Clinic, "Exercise has important benefits for everyone regardless of age or physical condition... When your condition threatens to immobilize you, Exercise keeps you moving... to retain your mobility & function, use it or lose it".
As an exercise therapist for the Parkinson Assn. of S.W. Florida (a National Parkinson Foundation Center of Excellence), Susan Branco, a member of the National Council on Aging & the American Senior Fitness Association has seen first hand the positive results that her therapeutic exercise program has on participants in her classes.

Susan's program (described below) is now available on video, for use in the privacy of your home. If you or someone you know has Parkinsons, using this program daily, can make a difference.
THERAPEUTIC FITNESS PROGRAM: 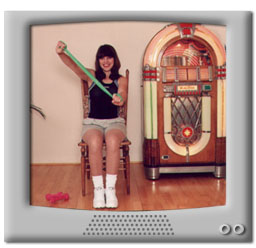 This seated exercise program was designed for people with Parkinsons Disease and other neurological or muscular disorders. An exercise program like this one, which is intended to meet the needs of individuals with movement disorders, should be a main component in your treatment plan. This program includes stretching and strengthening routines that will help to minimize the negative effects that P.D. and other neurological and muscular disorders can have on your body. Using this program regularly will help to improve overall flexibility and fitness level so that you can maintain a higher level of independence. Caregivers will benefit from doing this program as well. Note: This program includes 1 exercise band. Additional exercise bands may be ordered separately (additional band required if you plan on using this program with a partner). 1 or 2 lb. hand weights are recommended. 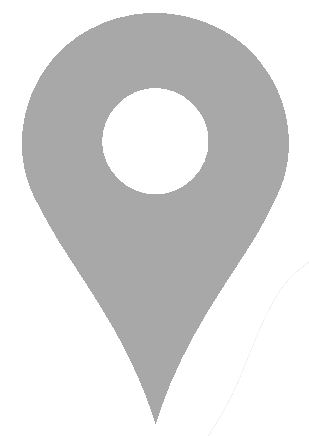 Refund Policy: If not satisfied, a refund will be issued upon receipt of returned items within 30 days,

*Important Notice: This site is designed as an educational resource. It is not intended to provide medical advice on personal health matters or to guide treatment — which is only appropriately done by a qualified healthcare professional. Individual results & benefits from the use of an exercise program (or change in diet,) will vary based on age, fitness level, weight, condition, & frequency of use.